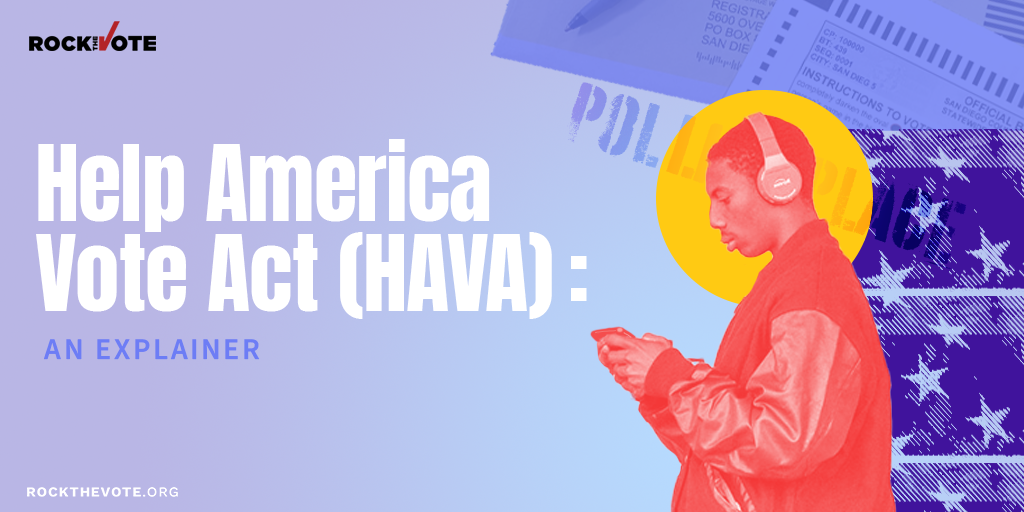 What is the Help America Vote Act (HAVA)?

The Help America Vote Act (HAVA) was designed to reform the election infrastructure and systems across the country. While the bill was introduced into Congress earlier in the year, it addressed many of the issues raised by the controversial 2000 Presidential Election. As a result, support grew for the bill which was passed and eventually signed into law by President George W. Bush in 2002.

Why was HAVA needed?

Through the Federal Election Campaign Act, Congress established the National Clearinghouse on Election Administration “for the compilation of information and review of procedures with respect to the administration of Federal elections.” The Clearinghouse was organized into six areas: research; information; public speaking; election legislation; voting system standards; and voting accessibility. The passage of the NVRA added developing and maintaining a national mail voter registration form, as well as submitting a biennial survey report to Congress on the impact of the NVRA and changes in voter registration statistics.

While the Federal Election Campaign Act and National Voter Registration Act made great strides toward improved election infrastructure, especially general accessibility of elections, more reform was needed. The controversial 2000 Presidential Election helped highlight some of these additional areas of needed reform, such as accessibility of polling centers, viability of old voting machines, availability of information on voting, as well as the ability to cast a ballot itself. The Help America Vote Act helped address many of these election-related issues.

What did HAVA do?

HAVA established program requirements that states must implement, including:

In addition to setting requirements, HAVA provided federal funding and assistance to states to help them in meeting these requirements, such as grants to upgrade voting machines. To allocate federal grants and to support and ensure states are compliant with HAVA regulations, the law also established the Election Assistance Commission (EAC), an independent and bipartisan federal commission.

How did HAVA requirements improve elections for the average voter?

While the Help America Vote Act has significantly improved elections across the country, its passage was more than 20 years ago, during which time the internet has become ever-present and domestic and foreign attacks to interfere in elections have increased. Moreover, the 2020 Presidential Election held amidst a global pandemic exposed many ongoing vulnerabilities in our elections. More investment and reform is needed to continue to ensure elections are free, fair and secure.