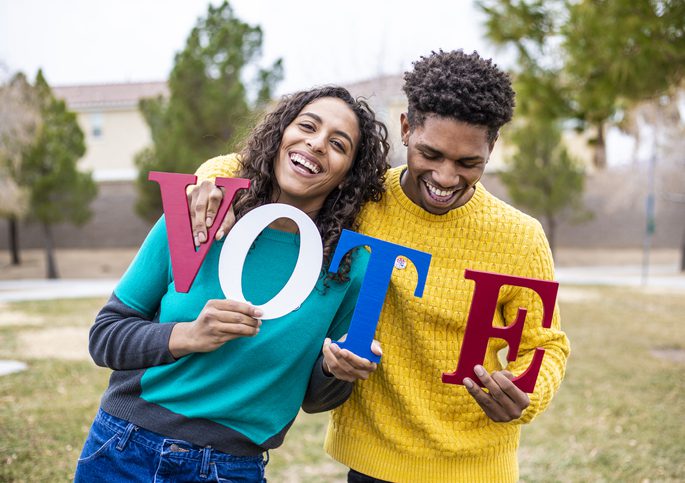 Midterm elections, or midterms, are elections held during the second year of a President’s four-year period in office – in the middle of the Presidential term.

Why do we have midterms, and what’s on the ballot?

Many states also hold state and local elections in midterm years, so it’s critically important to vote to elect leaders and weigh in on ballot measures that will impact your community and our country! In 2022, all 50 states will elect Representatives, 36 states will elect governors, and 34 states will elect Senators, along with a wide variety of local and state offices.

Why are midterm elections important?

While Presidential elections get a lot of attention, the elections happening in midterm years are equally important to ensuring we are well represented by our elected officials. Turnout is often lower in midterm election years, which can lead to small, non-representative groups of Americans making outsized decisions about issues like education, housing, criminal justice, policing, and minimum wage.

Young voters are particularly likely to vote in presidential years but not turn out for midterm elections, which is why it’s so important that we show up – decisions are being made about our future without us. During the midterms in 2018, youth turnout was 10.5% lower than the 2016 presidential election, while overall turnout only decreased by 4.8%. But there’s good news, too – young people broke records in 2018, more than doubling the youth turnout from the 2014 midterms! We’re excited to see this trend continue in future midterm years.

The midterm elections will change the makeup of Congress, significantly impacting how the incumbent president will be able to govern in the second half of their term. Control of the House and Senate is often decided by just a few seats. In 2022, the Senate is 50 Republicans, 48 Democrats, and 2 Independents who caucus with Democrats, plus Vice President Kamala Harris (also a Democrat) as the deciding vote in case of ties. The House currently has 222 Democrats, 211 Republicans, and 2 vacancies.

What do I need to do to be ready for the midterms?

– If you’re a new voter, get registered! If you’ve voted before, check to make sure your registration is up to date, especially if you’ve moved since the last election.

– Make a voting plan. Will you vote by mail, or in person? If you want to vote by mail, be sure to request your ballot with plenty of time to spare. Will you vote early, or on Election Day? Do you know where your polling place is and how you’ll get there? Do you need to bring ID?

– Research the offices that will be on your ballot so you’re prepared to make an informed decision. While you’re at it, sign up for Election Reminders from Rock the Vote so you never miss an election.

– Vote – in the primary, any runoffs, and the general election – and encourage your friends and family to vote, too!